Chasing Smugglers in the Dark & the Problem with Night Vision Goggles 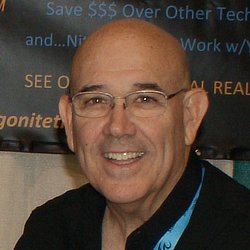 Awhile back, I was a Marine Patrol Sergeant for the Sheriff’s Department in Dade County, Florida. I was conducting counter drug smuggling operations with a multi-agency armada of police boats in the Biscayne Bay. I was operating my 302 Formula, marked pursuit boat.

Now, southern Biscayne Bay is a very dark marine environment and we were working without our spotlights because we didn’t want to give away our positions to any smugglers in the area. I was using “gen 1” military-grade night vision goggles (NVGs), which gave me some ability to see in that near-perfect darkness.

With the night vision goggles, I was able to spot a channel marker that I was approaching. Through the goggles it looked like I was well away from the marker and in the center of the channel. As I drew parallel with the marker, I began to remove the NVGs.  I was astonished to find that I was about 3 to 4 feet from that marker… far closer than I originally believed.

“… objects in the Night Vision Goggles are closer than they appear.”

The good news is that I discussed this incident with the engineering expert that created the Nite Track. He knew just how to fix it. Nite Track’s lensing nearly recreates the depth perception of the human eye… NO MORE GUESSING!